5 Ways to make putting a Condom on sexy

We all know that having safe sex is the ‘correct’ way to go about doing things. Even if you’re on the pill, or use the patch, or have an IUD or an injection, using two forms of birth control will basically nullify your chances of getting pregnant. No child support? Yes Please! No crying, squirming, eternally-pooping little runt of a person next to you? Yes Please!

Not to mention, condoms are still the ONLY form of birth control that protects against STIs. No HIV/AIDS? YES PLEASE!

But what about when you’re all caught up in the heat of the moment, and putting a condom on is the last thing you want to do?

It’s much easier at that point in time to just say “f*** it” and plunge headfirst into The Act, condom-less.

Because let’s face it: putting a condom on is not inherently sexy.  It ‘ruins’ the moment, it looks clunky, and condoms are so damn hard to put on anyway! Like, which side is up?!

But what if I told you that you can make putting a condom on look sexy?!

Tinderella will be doing exactly that this month. As our guest blogger and founder of the Great Sexpectations, she’s here to provide tips on how to bring sexy back with condoms giving you 5 sure fire ways you can increase you confidence make condom use a habbit! Here are some tips, whether you’re man or woman, heterosexual or homosexual, to put on that rubber without it being awkward or embarrassing:

Spice things up in the bedroom, set the scene and change the mood.

Ladies (and some gentlemen), this one’s for you! When your man goes and gets a condom (and if he “doesn’t have them” – GET OUTTA THERE FAST), take initiative.

Grab the wrapper from him, seductively whisper, “I’ll be doing that”, and then kiss him all down his bare chest til you get to the goods. Now you’re up close and personal with that part of your man’s body that will be going into that condom you’re holding.

Give his member a few lollipop licks, and, if you’re particularly savvy, tear open the condom at the same time while sucking him off a bit. He won’t even have realised that you’ve torn open the wrapper, or that you’re intending to protect him against STIs/child support for the rest of his life. He’ll just be enjoying his bliss.

Next, while he’s in the midst of this enjoyment, figure out how to put that dang thing on him… This may take some analysing, so a good way to do this without looking like a deer-caught-in-headlights, is to kiss his chest again, but focus your eyes downward, onto his penis. As you’re kissing him, try putting the condom on. If it doesn’t seem to want to go down all the way, you’ve probably put it on wrong-side-up, so keep kissing him and try again and again, til it slides down and looks correct.

Some people, namely Cosmopolitan Magazine, would have you try to put on the condom with your mouth, but I say, maybe don’t do that if you’re trying to avoid being awkward as hell…

Another way to make putting on a condom sexy is to make it into a little game. Inform yourself beforehand where exactly the condoms are in the room you’re in. If you bought em, and you know where they’re hiding, that’s great! If your man bought em and you have NO FRICKIN IDEA WHERE HE PUT THEM, then do a little sleuthing around his room (usually they’ll be pretty front and centre if he knows you’re coming over). Alternatively, just ask him playfully.

So, step 1: familiarise yourself with your environment. Step 2: once foreplay gets ripe and ready, whip out any item of clothing you (WERE) wearing, and use it to blindfold your partner. Tell your man to lay still, whilst you go fetch the condoms. Then, put one on his him while he’s still blindfolded.

If you can’t help looking awkward when you put on a condom, what better way than to literally make him NOT be able to see?!

BUT. Don’t just put the condom on passively. That’s not hot. Instead, use gusto!

Maybe rub your guy up and down a little bit with your hands, maybe use your tongue, maybe tease him a little bit, but just remember: ultimate goal is get that condom on that dang peen without looking like a fool. 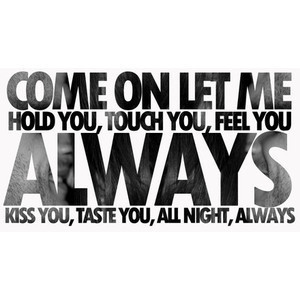 What do you want to say to your partner?

Men, this is for you.

Firstly, even you initiating sex with a condom is sexy for a woman (because alas, lots of guys don’t)… soooo you’re already ahead of the game mate, congratulations!

BUT. If you wanna be even more cavalier about it, try the following:

After a decent amount of foreplay (do give her foreplay, you don’t wanna stick it into a dry socket), and you’re raring to go, whisper in her ear… “I wanna be inside you”.

Most likely, she’ll probably murmur something along the lines of agreement. If she doesn’t, RED FLAG! Maybe calm your boner for a bit cuz you don’t want to be accused of rape.

However, if she does give you the green light through some low murmurs of encouragement, tell her to lie back, whip out your stash of rubbers, and put one on.

Taking this sort of initiative is hot to a woman because it shows her that you know what you’re doing, and aren’t making her do all the work (even if you have NO idea what you’re doing and would prefer she do the work).

Laughter is sexy, there’s no two ways about it.

Taking oneself and one’s sex life not-so-seriously is possibly the best thing that can happen to it. When you and your sexual partner are able to laugh together about awkward things that have happened in the bedroom, it draws you both closer, not to mention dissipates any previous feelings of embarrassment you may have had.

We all know that unless you follow my aforementioned three tips, putting on a condom is gonna be an awkward time for both of you. So, try acknowledging this.

You don’t have to be an ever-stoic sex God/Goddess in the bedroom… Rather, feel free to recognise the fact that putting on a condom is slightly artificial and embarrassing.

Laugh about it, crack a little joke, make a silly face, and suddenly, magically, the condom has slipped on without either of you noticing it. 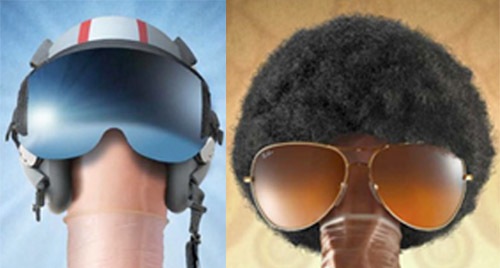 Make it habit, but also be comfortable doing it.

Basically, practising something (anything) over and over again will make you better at it. Not perfect, but better. You’ll be knowledgeable about what you do, and elegant when going about doing it.

Keeping this in mind, have lots of condom-filled sex! You’ll be practicing how to put a condom on each and every time, and by Day 243, you’ll be a Bona Fide Expert at it!

Maybe you can even come up with some more creative ways to put that condom on! I’d love to hear your most creatively sexy way of putting on a condom, and if I particularly like it – you might be featured both on my blog and on Shine ALOUD.

So. Well done. Your lessons are finished now, so get to it!

You can to continue following Tinderella directly via Twitter or Great Sexpectations where she continues here blogging journey openly discussing sex, relationship and love.