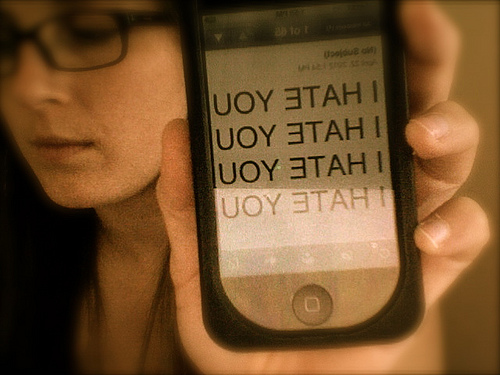 From tomorrow, stalking will become a criminal offence under the Protection of Harassment legislation.

The new law aims to protect victims from intrusive behaviour or unwanted attention, falling under two categories: ‘Stalking’ and ‘Stalking involving fear of violence or serious harm or distress’.

A campaign supported by the organisation, ‘Protection Against Stalking’, sparked the independent parliamentary inquiry by the Justice Unions’ Parliamentary group, who reported in February 2012: ‘victims of stalking had a profound lack of confidence in the criminal justice system, and recommended that the 1997 Act be amended as part of a package of reforms’.

As a result the shadow Home Secretary Yvette Cooper called for a similar change in the law at the Labour Party Conference in September 2011.

Although the current climate of digitalisation has enabled society to become more interactive, it has also brought along problems of cyber stalking, cyber bullying and cyber harassment.

Before new media, stalking typically existed in a physical sense, where perpetrators would harass and intimate victims in the flesh, however there are now able to do so through social networking, causing victims to feel unsafe within their own homes.

Mr Llwyd said : “Most stalking is done via electronic media and most goes unreported because people don’t feel they would be taken seriously.

“Now we know that, even a pattern of behaviour which causes fear – such as too many unwanted phone calls – could be considered and acted upon under this Act.

Victims of stalking agreed that they were ‘in denial’ and ‘felt silly’ to report the crime as they feared they wouldn’t be taken seriously by officials.

‘I didn’t want to believe that something so right could turn so wrong, especially since we were originally a couple’ said Hayley Davis, a twenty-two year old student from Stratford.

She continued ‘He repeatedly contacted me on twitter and facebook, but I ignored his messages, but when he turn up to my uni demanding to see me, that’s when I knew there was a problem’.

Protect Against Stalking said that its campaign would now move on to focus on implementation and training for criminal justice professionals.