World AIDs Day processions took place across the globe over the weekend, in an attempt to raise awareness of HIV and AIDs.

Statistics show, there are 100,000 people in the UK living with the virus, yet figures suggest that 25,000 people – a third of spectators in Arsenal football stadium – are still unaware.

According to the Health Protection Agency, 600 people die yearly as a result of being undiagnosed.

Steve Jones, national director of the Terrence Higgins Trust said: “I think there has been a lack of education over the last few years about HIV, for example younger people nowadays when they are in school they aren’t taught about HIV.”

“Unfortunately there is a lot of complacency about people thinking that there’s actually a cure for HIV – which there isn’t – and that treatment has improved to such an extent that it’s actually not a big deal if they actually contract HIV.”

The reality is, the more regularly people test, the earlier they can be diagnosed and receive treatment. 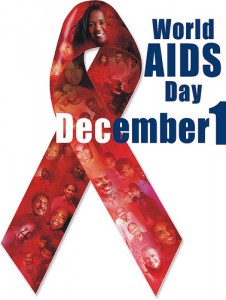 Do you know your status?

HIV stands for human immunodeficiency virus. Once contracted, the virus breeds cells which grow and begin to attack the immune system.

As a result, the immune system slowly deteriorates, making the body unable to protect itself.

Without medical treatment, the virus takes up to 10 years to develop into AIDs – acquired immune deficiency syndrome.

Statistics from 2011 show there were 2.5 million new infections – a reduction of 700,000 from the 2001 figure – and an estimated 1.7 million people died from Aids-related illnesses.

Some of which include pneumonia, brain infections, diarrhoeal illnesses, as well as certain tumours such as lymphoma and cervical cancer.

The World Aids Day event initially started in 1988 aiming to support HIV and commemorate those who had died from the virus.

Between the years of 1981 to 2007, 25 million people have died from the, making HIV it the most destructive pandemic in history.

Prime minster, David Cameron hopes the campaign will help to spread the message of education, testing and early diagnosis.

He said “World Aids Day is a chance to do two things – take action and reflect.”

Although the World AIDs day is a great way to raise awareness, we need to remember the importance of raising awareness all year round.

It is important to take care of your own health as well as the health of others, and ensure that you treat anyone living with HIV in a fair, respectful and understanding way.