In the early 70s being gay was a crime in Britain. As a result homosexuals were forced to hide their sexuality or face imprisonment. Now, 45 years on, being gay is no longer a crime and although the law and attitudes have changed, ‘coming out’ is still the hardest thing to do, whether you’re a celebrity or just a regular Joe Blogs.

Shine ALOUD; spoke to novelist KD Wilson about his latest book ‘The Slurpee Chronicles: Giving you the tea’ in which he shines a light on the gay scene and the issues he and many other homosexuals face. 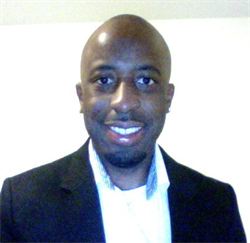 Author behind the Slurpee Chronicles

“Interestingly, the idea for The Slurpee Chronicles came out of nowhere. It originally started as a fun way to explain the down-low [homosexual] lifestyle to my friends, and it ended up becoming the book that it is today.

“It’s funny and entertaining and really something for everyone to read. It has real life stories, with real life impact and a real message.

“Although the stories are fictional, it allows readers to gain a better understanding of the LGBT lifestyle.”

Wilson is mainly appealing to a heterosexual audience in the book, however he represents the LGBT community and reaches out to women who are unaware that they may be exposed to the gay lifestyle, as a result of being intimate with men, who are secretly sleeping with other men.

Although some of the content is graphic in nature, The Slurpee Chronicles offers a balance that is needed for young people. and feels the media has a huge part to play in their early sexualisation.

Evidently, their growing reality of youth experiencing sex at a much earlier age – now 11 in the UK – , STI’s, unhealthy relationships and unplanned and unwanted pregnancies are more prevalent.

He says : “The media portrays sexual encounters as a fantasy that youth have believed to be true. Back in the day, sex was a taboo topic for media outlets and now it’s exploited and almost praised.

“Young people are being taught that being sexy and having an active sexual relationship with someone is the “cool thing” to do. However, the media fails to depict the potential dangers of being sexually active.

“The youth of today deserve to be informed, and if entertaining them is what it takes for them to be informed, that’s what I will do. I didn’t have a mentor in this lifestyle or for many of my personal sexual actions.

“I think sexual health awareness should be fact based and not media motivated. Current preventative strategies and advertisements don’t relate to this generation. Youth are smarter and exposed to much more than before.

“They have the internet, media and many other outlets at their fingertips and we have to use that same level of sophistication to educate them.

He hopes that this is something the KD Wilson brand will do, by using modern technology, literature and entertainment he intends to educate, inform, prevent and motivate young people to make informed choices, and be empowered by their sexuality, 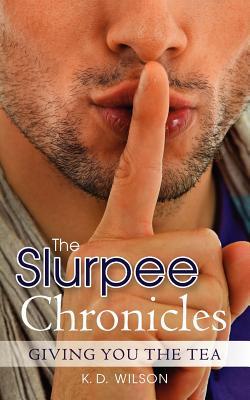 A behind the scene look into the gay scene

Wilson has learn most of his knowledge about sex education through trial and error – as a result of the lacking academic system and sex being a historic taboo.

He explains: “I have learned valuable lessons from my life and from the mistakes of others, which has afforded me the unique opportunity to clear up any rumors and explain the facts.

“Most of what I have learned is from trial and error, stories from friends, and healthcare research that I have conducted on my own. I want to explain that while sex is fun – participating recklessly – can lead to life altering and even deadly consequences.

“One of the biggest things that I’ve realized is the power of knowledge. Writing this series has made me even more conscious of the things that I do. It also allows me the unique opportunity to take facts and translate them to my readers in a way that they can relate to them.

“Information is so much more receptive when it is broken down to a level of understanding that relates personally to the audience. I have a motto that reads: If you can relate to them, you can educate them.

Wilson hopes The Slurpee Chronicles will become a series of books that highlights many different aspects of the LGBT community.

He says: “The series will not only focus on the sexual side of the gay scene, but also the ups and downs, as well as the betrayal and consequences of anyone affected by it. It is designed to become a well-rounded series and hopefully turns into a platform that is much bigger.

“On Tuesday nights I have a session called ‘Tuesday Night Tea’ which is a candid conversation I have with my followers on twitter that discusses all aspects of sexual encounters, ranging from health awareness to coming out as part of the LGBT community – all of which are explored in the book.

“The K.D. Wilson brand is going to be a brand that is built on passion, presentation and purpose. I want to build KD Wilson as a household name by going on book tours. A lot of people are already anticipating part two of The Slurpee Chronicles series, which will be from a transgender perspective and give the reader insight into that lifestyle.

“The book has inspired me to think about a product line which I hope to launch soon, which I hope will  encourage fun, but safe sexual encounters. I also plan to expand The Slurpee Chronicles series with follow-up books and so much more.

“Basically, I want my brand to be on the shelves of every marketplace around the world, i want to relate the information to the reader so that they can understand the message personally.

“I understand that Shine ALOUD has a similar mindset for its target audience. I am extremely grateful that our youth have media outlets such as this one to receive information that they can certainly relate to and understand.”

You can now purchase The Slurpee Chronicles via Amazon as well as follow him on Twitter for his ‘Tuesday Night Tea’ discussions.