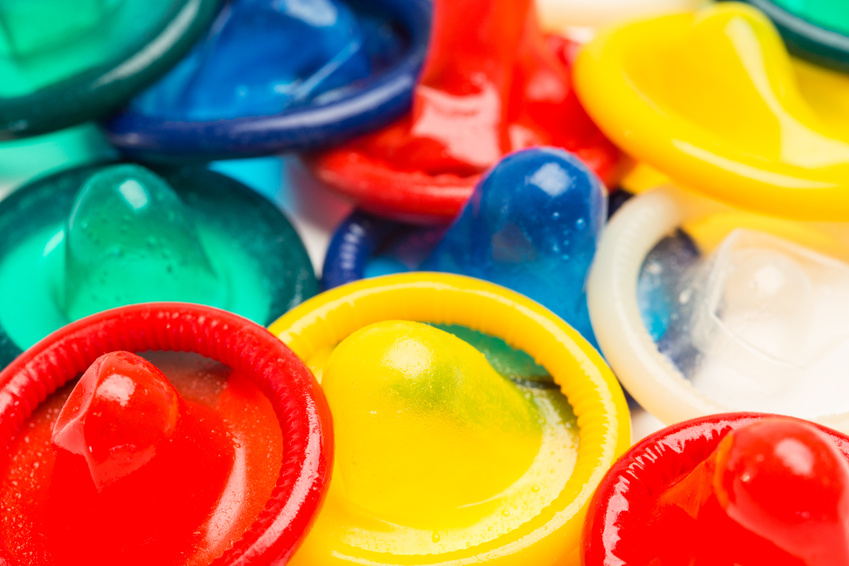 If your condom knowledge starts and ends with inflating them and putting them over your head in a year 8 sexual health lesson – there is plenty to learn.

The team from the NHS Foundation Trust, CNWL, take us through 23 of the weirdest and most amazing condom facts from around the world, whilst adding a few important nuggets of information.

1. According to Debby Herbenick, PhD. of Mysexprofessor.com, condoms don’t ruin the party. “Women are equally likely to experience orgasm with or without a condom, dispelling myths that condoms don’t make for good sex.”

3. Before latex, condoms were made from charming materials such as pigs’ intestines. In fact, 1% of condoms are still made from lamb intestines.

4. The world’s largest condom was 260ft in length and 360ft in width. It was created by the Chinese in 2003 to promote AIDS awareness.

5. The average condom can hold a gallon of water – but water balloons are cheaper.

6. Only 39% of high school students in the US are taught how to use a condom correctly .

7. The Danish word for condom is Svangerskabsforebyggendemiddel. Imagine trying to say the work if you’re already a little nervous about ordering a condom from the shop.

8. The majority of condoms have a shelf life of four years when kept in a cool, dry place. It’s probably time to throw away the trusted wallet Johnny that you’ve had since you were 15.

9. Electric currents are sent through condoms during testing to check for holes and tears.

11. The oldest evidence of condom use dates back 12,000 to 15,000 years ago. Cave paintings in Grotte de Combarrelles in France depict ancient folks staying safe during sex.

12. Bill Gates has promised to offer $100,000 to sponsor the development of a next generation condom which will enhance pleasure. One of the front runners for the monetary support is the Origami Condom.

Below are ’10 Hilarious Condom Adverts’ from around the world. Staying safe is a global issue!

13. In the Middle East, condoms have been used to waterproof roofs and smooth out road surfaces. Talk about multi-purpose!

14. Soldiers in WWII used condoms to cover rifle barrels to protect their weapons from being damaged by salt water as they swam to the shore.

15. Two men were arrested in the House of Commons when they were caught throwing condoms at, then Prime Minister, Tony Blair.

16. US condom manufacturer, Trojan, employs roughly 25 couples to test their products. These are known as the ‘bedroom panel.’

17. In a bid to unsettle the Soviets during the Cold War, the CIA considered shipping large condoms marked ‘medium’ into Soviet countries to convince the nation’s women that Americans were bigger and better.

19. Globally, women are responsible for 40% of condom sales.

20. In 2010, a US branch of McDonald’s restaurant accidentally put condoms in 5,000 Happy Meals instead of cheap, plastic toys.

21. Spray-on condoms were developed by German inventor, Jan Vinzenz Krause, in 2006. The idea never caught on as it took 2-3 minutes until the spray protection dried.

22. The most common cause of condom failure is buying the wrong size. Put your ego aside guys, and buy the regular condoms rather than magnum boasts.

23. The head of the Catholic Church at-the-time, Pope Benedict XVI, only retracted Catholicism’s opposition of condom use in 2010. The papacy had fiercely opposed condom use for decades before Benedict XVI declared the contraceptive fine to use to reduce the risk of infection of AIDS.

Condoms are 98% effective in protecting against pregnancy and significantly reduce the risk of spreading STIs (see #10).

Check out our ’10 Historical Facts about Contraception’ article via Issue 5 on Page 7.