Why having one Rape Centre for Men in The World Is DISGRACE!

When it comes to the topic of men being raped, many fail to accept it as a reality, but now that Sweden has opened the first rape centre exclusively just for men, we hope that this will spark a change in the attitudes of society worldwide.

As joyous as an occasion is, the fact that this is the first centre of its kind is a disgrace. In 2010, there were over 30 Rape Crisis Centres for women in the UK alone, previously falling from the original number of 68 in 1984 – due to lack of funding – but this is still alot, compared to the non-existent male rape crisis centres nationally and globally.

In 2014, there were 6,700 rapes reported to Swedish police, 370 of which were cases of sexual assault on men or boys. Police crime figures for 2014 in England & Wales show there were 38,134 incidents of rape or sexual assault cases against woman and 3,580 against men. According to experts, the figure for male rape victims is believed to be much higher, but due to the stigma attached to this taboo, coupled with the lack of support provided to male victims of rape, there is a tendency for sexual assaults cases to go unreported.

What is male rape?

It would be helpful for us to understand exactly what male rape is, especially since so many people don’t people believe that it can actually happen, unfortunately rape is often seen as a crime against women and not men.

Male rape refers to the sexual victimisation of a man which can be characterised by both rape or sexual violence. This may be in the form of performing a sexual act that a male did not consent to or a male being penetrated by a foreign object.

Rape is not about sexual attraction, but more so about the desire to overpower and hurt another person. In order for the crime to be considered as rape the sexual act or activity is usually unwanted.

Understandably, being a victim of any kind of crime is frightening and distressing, but rape and sexual assault are particularly disturbing crimes because they can leave long lasting damage to a victim, both emotionally and physically.

Male rape as an offence

In the past, English law failed to include male rape as a criminal offence, and instead recorded the crime as non-consensual act of buggery. Over the years, there has been a constant double standard battle regarding the topic as the act of a male raping or sexual assaulting another male is understood, but the act of a man being raped or sexually assaulted by a female is dismissed.

Unfortunately, one act is taken more seriously than the other, but the truth still remains that men who become victims of sexual assault are not recognised or treated fairly compared to their female counterparts. Feminists groups, lobbyist and the governments have taken action to ensure that protection and support is provided to women who fall victim to sexual assault. Centers such as The Havens, Rape Crisis and Solace Women’s Aid provide advocacy, advice and counselling for women, services that are non-existent for male victims. 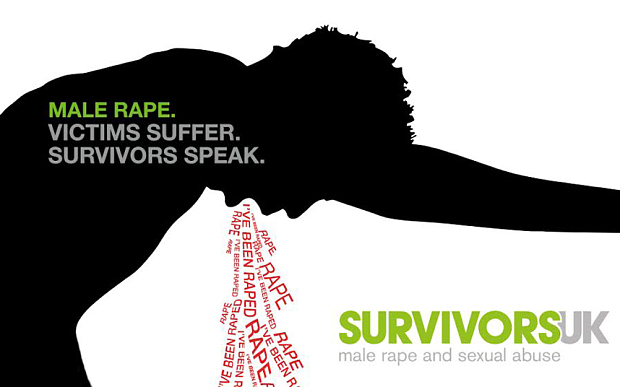 In past, male soldiers serving in the armed forces have written about personal incidents of sexual assault. Unfortunately, many of these reports were not a secret as colleagues, including generals, were aware of incidents happening within the regiment, however nothing was ever said or done because victims were told to simply ‘man up and get on with things’.

Even in such incidents of a female sexually assaulting a male, there still seem to be a sexist view of women being inferior, so many people believe it a woman is incapable of holding a man down and raping him. To add to this, there have even been comments made, such as ‘how can it be rape when he had an erection?’ this is wrong.

A man’s erection is a physiological response to visual, emotional, intellectual or physical stimulation and not necessarily a consent to sex. Therefore if a man is forced to commit a sexual act then this is rape, just because he may seem aroused as a result of his penis being erect, it doesn’t mean that he wanted it.

Throughout puberty and much of life, men tend to experience erections that are undesired, which can literally be caused by anything. For males who have had these experiences, the worst part is getting rid of their erection, which is sometimes not very easy to do. As put by Amanda Mannen “an erection is not a dowsing rod of intention, it’s a bundle of nerves that can be manipulated by anyone who halfway knows what they’re doing. If men had absolute control over their arousal, premature ejaculation wouldn’t be a thing”.

In December 2014, The Ministry of Justice, MOJ, announced the Male Rape Support Fund providing £1 million to specialist male rape organisations across England and Wales. The fund was the first of its kind to support male victims, however, this funding was withdrawn by April 2015 after only a quarter of the money was distributed, despite the rising statistics.

Currently, Survivors UK, stands as one of the few confiding homes for male victims, but since their funding for the counselling service was also slashed earlier this year, the organisation has be placed under significant pressure to provide a vital service without adequate resources, negatively impacting both victims and staff.

Despite this set back, Survivors UK was giving funding to to launch the first national website and online service for male victims of sexual abuse, courtesy of the the Ministry of Justice, yet more still needs to be done. 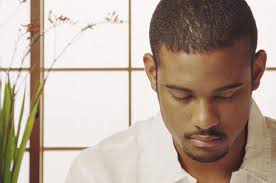 Seek help and support if you are a victim.

Although some male victims of rape are reporting crimes, many are not which is an issue that still needs to be tackled in modern day society. Men in England, and across the world need to feel reassured and protected by the same law that protects women, instead of being ostracised.

Sweden is the first country to boldly acknowledge the trauma rape causes to men, and in doing so they are actively taking a stand to diminish the gender inequality.

But the questions that still remains, will this encourage other countries to introduce the same system?

If you are a victim of sexual assault or know someone who is, do encourage them to access one of the services below that cater to the needs of men and boys.
MACSAS
Men’s Advice Line
Survivors UK
One in Four