Sexting is very common in this day and age, especially among young people, but unfortunately for every ‘sext’ that is sent or received, there’s a risk attached. Sometimes a picture or video can end up in the wrong hands, which may lead to something much worst than what the sender or receiver initially expected.

It would be helpful to give you a breakdown of exactly what Sexting is before we get down to the nitty-gritty of it’s consequences, what the law says and how you can protect yourself. 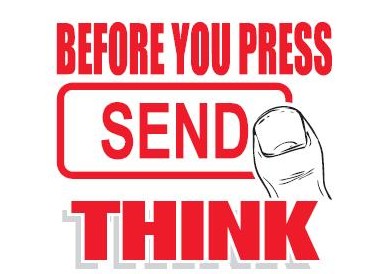 Be careful what you share online and with others.

Sexting refers to the act of sending someone a sexually explicit pictures or messages digitally via device such as tablet, iPad, or mobile phone or online in an email or over social networking sites.

Often, Sexting can be harmless between couples of legal age, however sexting becomes an illegal offence when the persons involved in sending or receiving ‘sexts’ are under 18, because in the eyes of the law this is seen as child pornography.

Child pornography is illegal because it is evidence of a crime and harms all children. Child pornography, refers to the act of a child or children being subjected to forms of sexually explicit content through viewing pornographic pictures or text. This may be perpetrated by a stranger or someone the child knows, but in many cases, the victims are unaware of what is happening.

According to Stop It Now: ‘Viewing child pornography can affect someone’s judgment about what is acceptable with children. Easy access to pictures of children or underage teens in sexual poses or engaged in sexual activities may reduce someone’s inhibitions about behaving sexually with children or teens. Even viewing questionably legal images of adult models made to look much younger (even prepubescent teens) can distort a person’s understanding of what is acceptable behavior with children or teens. This can lead someone who may not be sexually attracted to children to behave sexually towards a child.’

Here we see that there is a need for people – not just young people – to be more aware of Child Pornography as a crime, so be sure to play your part in alerting the authorities if you see or receive anything of this nature.

Is your saucy selfie worth sending?

Sharing sexual content with someone you trust is normal and legal providing that you are of age and have given your consent to do so. However, it can also have serious consequences, especially if the content is shared with others.

There is a a chance that people may forward it on via text messages or emails or even upload it onto a social networking site or website. Although, you can delete images from these sites, it could cause a problem in the future if these images are seen by potential employers or professionals, which is why it’s best to think carefully about what you’re sharing with others, before you hit the send button.

To help you understand, here’s a brief case study:

An 18 year old boy texted a 13 year old girl and asked her for a “hot steamy” picture. The girl texted backs a nude picture of herself. The girl’s father found the picture on her phone and calls the police. The boy was charged with possessing child pornography and causing the girl to do an act of indecency. He was found guilty of the indecency charge and was placed on a good behaviour bond. The girl also broke the law by taking and sending the picture. In this case, she was not charged (probably because at his age he’s an adult and she is classified as a vulnerable minor)

Clearly, you don’t need to be the one taking the picture to be charged, so be sure to keep that in mind.

In a culture where everyone’s taking ‘Selfie’s’, it’s almost the norm to send and receive pictures, however, in doing so many young people may be putting themselves at risk. The reality is, when a photograph is sent to another person, it is no longer your property and you have no rights to that image.

If someone has used your image without your say so, you can Report It (usually by reading the sites policies) or contact the Internet Watch Foundation who can get the image taken down.

Additionally, it would be helpful for you to talk to an adult or someone your trust, however, if you don’t feel comfortable doing so you can call Childline 0800 1111 or Get Connected 0808 808 4994 which are both a private and confidential services for young people under 25, that help young people to deal with whatever problem they may be currently facing.

We hope this piece enlightens you a bit more about sexting, and how you can protect yourself and your partne

Watch Exposed below, created by the Child Exploitation and Online Protection, (CEOP). Exposed is short 10 minute drama designed to raise awareness of sexting and cyber-bullying among teenagers aged 14 – 18.

What should I do if I have a picture or text I am unsure about?

Firstly, if it is a picture you would not send to your parents, it’s best to delete it from your phone as storing it on the Internet is not safe as you cannot be sure it has been deleted. If you’re worried about sexual exploitation, you can email STOP IT NOW! UK & IRELAND or call the Sexual Advice Association on ‪0207 486 7262.