A GCSE in Sex Education?

In a society where technology is faster than ever, easy access to hardcore pornography has become a norm for teenagers in Britain. 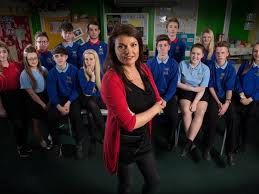 Belgian UN goodwill ambassador for sexual health, Goedele Liekens is challenging the way Britain is teaching it’s teens about sex. Only recently has compulsory sex and relationship education become recommended for students. The current system seems to be one highlighting only the risks of sex; infection, disease and pregnancy.However, this isn’t working.

Britain is the worst in Europe when it comes to rates of STIs and teenage pregnancy. But Liekens advocates for a vastly different programme, including information about pornography, consent and sexual pleasure. Liekens challenges the stereotypical British attitude towards sex, bringing in vulva puppets and a wall chart of varied genitalia. Though controversial, the programme highlights important gaps in the knowledge of young people.

The most significant impact on the way teenagers see sex, undoubtedly comes from porn. When one of the boys in the show is asked to pick the most appealing picture from a wall chart of vulvas, he picks the one without any pubic hair, something routinely represented in pornography. When questioned about it, the boy proudly claims that if he was with with a girl who had pubic hair, he would dump her the very next day. In order to challenge the boys, Liekens sets them homework to shave their pubic hair at least once a day “maybe even two times, so you get a rash”. 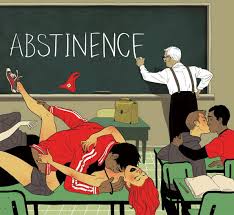 We need adequate sex education for all young people in Britain.

An empowering step for girls
At the beginning of the programme it was clear to see that the female voice was lacking. The young women in the class felt uncomfortable and slightly embarrassed by the comments of their male counterparts. The influence of pornography clearly created an imbalance in the gender relations in the teen group. Porn not only shows inaccurate images of relationship and sexual activity, but it  also reveals dangerous messages about male dominance and female submission. This was startlingly true when one boy in the show commented that girls should always let partners ejaculate on their face as a sign of ‘respect’.

It also became clear the ignorance the girls had about their body. When asked to label their cervix, clitoris or urethra, they were unable to. What was clear, is that there’s something missing when it comes to sexual pleasure for women, as demonstrated in porn, which means girls cannot communicate how to have fulfilling sexual experiences. In order to tackle this, Liekens gave the girls a hand mirror and asked them to explore their bodies. By the end of the course, there was a real change in the voice and confidence the girls had in being able to talk openly about sex and feel empowered about their decisions.

You can now found out how much you know about sex by taking the Sex Education Test.

We will be starting course delivery from September 2015, please email us for more information on course fees and locations.