2. Beat it up – not the abusive type, but meaning to have sex, usually said by the partner on the giving end of the encounter. For example ‘I beat it up’ or ‘do you want to beat?’

4. Pile – not how you would find a letters at your door or bed-sheets in a drawer, this is used to refer to rough sex. 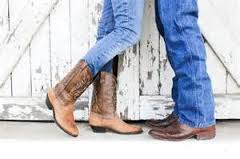 What do you call it?

5. Poke – not what your friends do on Facebook, this is the pleasurable kind, meaning to probe or inquire about having sex. ‘Fancy a poke?’

6. Score – usually associated with winning, so I guess it’s pretty self-explanatory. Similar phrases include ‘hit a home run’, ‘got some’ or ‘got lucky’.

8. Give the business – this is not corporate in any sense of the word, more in terms of giving good sex. Who would want to give bad sex?

9. Shag – If you’re familiar with Austin Powers you’ll know this one. Often used to refer to a session of sex. Groovy Baby!

10. Hump – this is not the type you’ll see on a camel’s back. This can be used to refer to sex, but also to refer to movements that look like someone is having sex which is also known as ‘Dry Hump’.

Whether it’s Knocking boots, Shag or The Business,  Tweet us and let us know what you call it…